In this post I teach you a first-approach method to designing microservices, giving you a workable foundation to build on. Following this, I introduce you to reactive whole systems that are composed of individual reactive microservices.

Do you ever get the impression that our industry is one of extremes? Sometimes I get that impression. Many seem to be polarized in their opinions about various aspects of how software should be written or how it should work, whereas I think we could find a better balance based on the problem space that we face.

One example that I am thinking of is the common opinion that data must be persisted using ACID transactions. Don’t get me wrong. It’s not that I think that ACID transactions are not useful. They are useful, but they are often overused. Should we find a better balance here? Consider the case when data that is spread across different subsystems must reflect some kind of harmony. Some hold to the strong opinion that all such dependent data must be transactionally consistent; that is, up-to-date across all subsystems all at once. 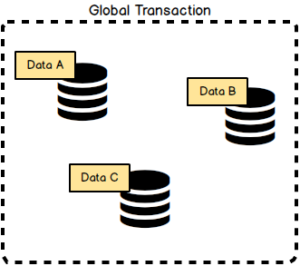 What about you? Do you agree with that? Do some of your software systems use global transactions in this way to bring data on multiple subsystems into harmony all at once? If so, why? Is it the business stakeholders who have insisted on this approach? Or was it a university professor who lectured you on why global transactional consistency is necessary? Or was it a database vendor who sold you on this service-level agreement? The most important opinion of these three is that of the business. It should be real business drivers that determine when data must be transactionally consistent. So, when was the last time you asked the business about its data’s consistency requirements, and what did the business say?

If we all took a look back to the time before most businesses were run by computers, we would find a very different picture of data consistency. Back then almost nothing was consistent. It could take hours or even days for some business transactions to be carried out to completion. Paper-based systems required physically carrying forms from one person’s desk or work area to another. In those days even a reasonable degree of data consistency was completely impossible. What is more, it didn’t result in problems. You know what? If today you got an authentic business answer to the question of necessary data consistency, you would very likely learn that a lot of data doesn’t require up-to-the-millisecond consistency. And yet, extreme viewpoints in our industry will still push many developers to strive for transactional consistency everywhere. 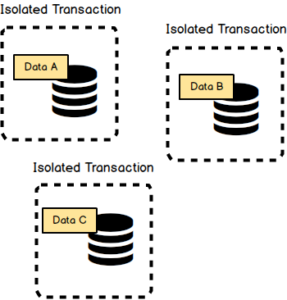 If you want to use microservices, you are going to need to embrace eventual consistency. Understand that the business will likely not be opposed, even if your university professor and your database sales representative will be. I explain how this works later in this article.

If you want to use microservices, you are going to need to embrace eventual consistency.

On the other hand, some will take the opposite extreme view that software systems should be developed as monoliths. In such a case you could expect that nearly every subsystem that is required to support the core of the system will be housed in a single code base. When you deploy this system you must deploy all subsystems with it. If even one subsystem changes in a non-intrusive way to the other subsystems, the whole system must be deployed for the users to see the effects of one isolated change. Clearly there seem to be disadvantages with this approach, but is 400 lines of code the answer? 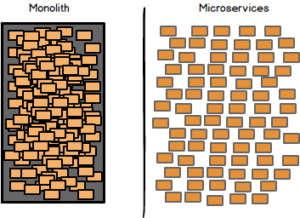 I think that the emphasis on the word “micro” should convey more the meaning that your team should not be creating a monolith, but instead a number of smaller independent services that work together to accomplish some significant business goal. But to say that a service that is of “micro” status must be no more than 400 lines of code also seems imbalanced. Take for example segmenting an existing monolith system into components of no more than 400-lines each and deploying all of them. At 400 lines of code, you are probably talking in terms of just one entity type per microservice. You could actually end up with hundreds or even thousands of these very small microservice components. What kind of problems could your teams face in trying to administer all those microservices? The hardware and network infrastructure alone would be very complex. It could be quite difficult to create and maintain such as system, say the least.

Still, if we strike a balance in terms of “micro” we might find a “measurement” of service size that is not only logical, but actually business driven. Since I am a big proponent of the Domain-Driven Design (DDD) approach to developing software, what I am suggesting here is to use two of the most important concepts of DDD to determine the size of a microservice: Bounded Context and the Ubiquitous Language. 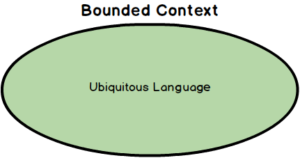 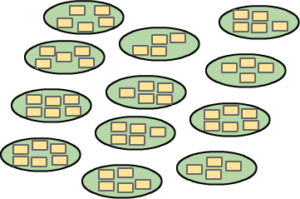 At a minimum I think that this is a good place to start if your team is determined to break up a legacy monolith into a number of microservices; that is, use Bounded Context and Ubiquitous Language as your first step into microservices and you will go a long way away from the monolith.

Reactive software is defined as having these four key characteristics: responsive, resilient, elastic, and message driven.

A responsive system is one that responds to user requests and background integrations in an impressive way. Often a well-designed reactive microservice can handle write-based single requests in 20 milliseconds or less, and even roughly half that time is not uncommon.

Systems based on the Actor Model can be designed with incredible resilience. Using supervisors means that the parental chain of components are responsible for detecting and correcting failures, leaving clients to be concerned only about what service they require. Unlike objects written in Java that throws exceptions, clients of actor-based services never have to concern themselves with dealing with failures from the actor from which they are requesting service. Instead clients only have to understand the request-response contract that they have with a given service, and possibly retry requests if no response if given in some time frame.

An elastic microservices platform is one that can scale up and down and out and in as demands require. Actor-based clusters can scale to hundreds or even thousands of nodes without degradation. Yet, elastic also means that when you don’t need that many nodes, only what you currently need is allocated. You will probably find that when running actor-based microservices that you will become accustomed to using far fewer servers than you would with other platforms (e.g. JEE). This is because actor concurrency capabilities enable your microservices to make non-blocking use of each server’s full computing resources at all times.

The Actor model is message driven to the core. To request a service of an actor, you send it a message that is delivered to it asynchronously. To respond to a request from a client, the service actor sends a message to the client, which again is delivered asynchronously. When saving actor persistent state, the persistence mechanism is generally designed as an asynchronous component, meaning that even database interactions are either completely asynchronous or block only minimally. In fact, the point is that the actor that has requested persistence will not cause its thread to block while waiting for the database to do its thing. Asynchronous messaging makes all of this possible.

At each logical layer of the architecture, expect to find the following kinds of components and microservice components that your team employs or develops:

For example, this is a conceptual entity that implements a Product of some kind:

This is a component based on event sourcing. The Product entity receives commands and emits events. The events are used to constitute the state of the entity, both as the commands are processed and when the entity is stopped and removed from memory and then recovered from its past events.

Now with those events we can derive other benefits. First we can project the events into the views that users need to see, by creating use-case-optimized queries. Secondly, the events can be published to the broader range of microservices that must react to and integrate with the event originating microservice. 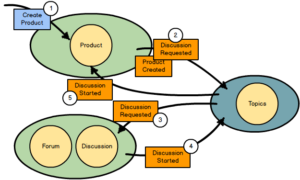 What I am describing here is an event-driven architecture, one that is entirely reactive. It is also a whole reactive system. The actors within each microservice make the one reactive, and the microservices that consume events from the others are also reactive. This is where eventual consistency in separate transactions come into play. When other microservices see the events they create and/or modify the state that they own in their context, making the whole system agree in time.

I have written three books on developing these kinds of microservices based on Domain-Driven Design, and I also teach workshops on these topics. I encourage you to read my books and contact me for more information on how you can put this practical microservices architecture to work in your enterprise.