Whenever I teach my IDDD Workshop and reach the first section that discusses CQRS (Command-Query Responsibility Segregation) I ask if anyone is already familiar with it. I have been doing this for more than six years of teaching this curriculum, and as you can probably imagine there are now far more students who raise their hand to indicate familiarity with CQRS than there were six years ago. Nonetheless, when I begin to cover just the basics of CQRS in the classroom, the visual feedback and questions that I get shows that “familiarity” translates to “aware of.”

Perhaps the students have heard colleagues discuss it briefly. They may have read tweets or a blog post or attended a conference talk where CQRS was mentioned or even treated with some greater degree of detail. Still, it’s unusual to find many who understand what it really means.

Software developers commonly face a design challenge because users tend to view data in quantities, shapes, and sizes that is different from the way they modify data. Using a traditional domain model that provides both mutation and query operations on a single software model results in the following problems, because the data users view cannot be retrieved as optimally as is generally possible for mutation. 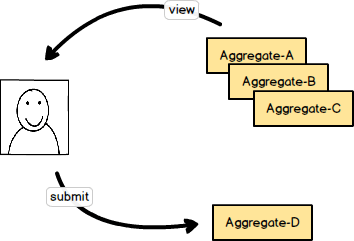 Given that the system state that the user wants to view is rich and cuts across at least several logical system concepts, and that the state that the user wants to mutate tends to be concentrated, the strengths of CQRS are in enabling developers to design for state mutation separately from state queries. The state mutation operations are optimized for creates and updates. The operations and data used for querying are optimized for how the user tends view the system state. Both of these sets of operations and states can be designed and scaled separately. In brief, the above software design challenge can be addressed and related problems overcome with the use of CQRS. 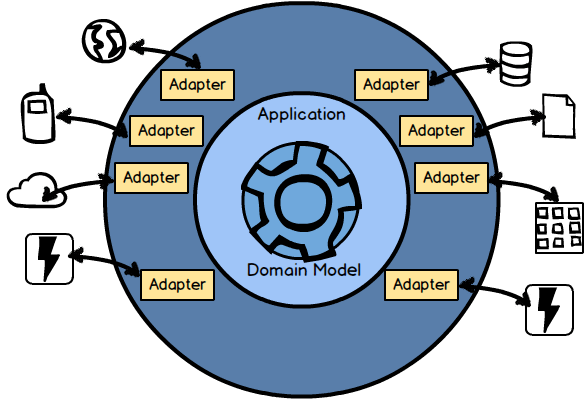 Considering the previous description of an architectural style, CQRS is not intended to be that, meaning it doesn’t necessarily have an impact on the overall application or service. Instead, CQRS is an architecture pattern; one that has some substantial influence on the inner workings of the application or service, but not every part of it. With that in mind, consider what CQRS actually means.

The CQRS architecture pattern is based on the CQS software principle defined by Bertrand Meyer, creator of the Eiffel programming language. To understand CQRS it helps to first understand CQS. It’s fitting then that I provide a few definitions.

CQS, or Command-Query Separation states that a software interface abstraction is designed with two types of methods. One method type is known as a Command method, and the other method type is known as a Query method. A Command method modifies or mutates the state underneath the interface, but does not answer any portion of that state. A Query method answers the current state beneath the interface, but must not modify that state before answering it. In particular note that CQS mandates the definition of the methods of a single interface abstraction. In the literature CQS is not considered a pattern, but a principle. I don’t want to split hairs over this, because you might argue that CQS is a design pattern, but it’s difficult to find official definitions to support that argument.

In this example interface, the Thing has a state that holds its name and can be queried using the name() method. After rename() is used the name() method will answer the value of the String passed as an argument to rename().

CQRS, or Command-Query Responsibility Segregation is similar to CQS because it focuses on separating Command methods and Query methods, but it does so to an even greater degree. This is a good time to highlight the terms responsibility and segregation. The term responsibility conveys the idea that Commands are not only a type of method, but a type of software responsibility. The same goes for Queries. The term segregation emphasizes that the two responsibilities, Commands and Queries, are segregated from each other using separate interfaces. Thus, where there is one Thing interface in the above example, there are now two interfaces.

It seems important to note that the above segregated interfaces emphasize why CQRS is not an architectural style, but an architecture pattern. Since Thing is likely not the only business concept in the application or service, there could be several other business model concepts defined, such as Thing1 and Thing2. These are concepts that are more closely associated with the interior of the application or service, generally know as the domain model. But, there’s more to this story.

I don’t think that it is oversimplifying things to say that CQRS is just that simple.

Considering a traditional domain model, there is just one model that defines the application’s or service’s state. Defining our business concepts using the CQS principle, there is still just one root object constituting a Thing.

When using CQRS it is typical to use not one, but two, models, those being a Command Model and a Query Model. This is part of the segregation, but in addition to the interfaces there are the software models of the segregated states. There are a segregated states used by the Commands, and segregated states used by the Queries. This is at least a logically segregation because there is nothing to prevent the implementation from managing Command states and Query states together, but it is easier to reason about two state models rather than one.

In the above diagram, the Command Model mutations are captured by Domain Events, which are also used to project updates onto the Query Model. It is not necessary to use Domain Events for this. The entire state of a Command Model object that is mutated may be projected instead. If this approach is used, it’s helpful to indicate to the projection components what the actual Command operation was that caused the state to mutate. This enables the projection components to have both a rich set of data to project, but with full knowledge of the actual state that changed. You can see this technique used in the XOOM Platform example found here.

Although I wanted to keep this initial post mostly free of tooling technology, I will be sharing some more information in later posts on how you can use DDD-friendly XOOM Platform for building microservices using fluent APIs that fit well with fluent domain models.