This new platform represents my vision for software development from years ago. I have taken a few side tracks along the way. Previously I felt that I would be better off trying to contribute my vision to heavily funded efforts that have multiple teams, those that would easily out perform me alone. That was a big risk for me to take. Still, I was true to my choice, and I contributed heavily to the extent that the way was open to me. While I am grateful for the opportunities that this provided, ultimately I failed to meet my vision in various ways. Sometimes I wonder if I guided too gently.

Still, I see what I see, and I need to say what I need to say. By doing so I won’t sit years from now wondering whether I could have made a difference in how software platforms are designed, developed, and used.

As I stated, some years ago I began an effort that was the formulation of my vision. Of course this vision involves Domain-Driven Design (DDD). I want the use of DDD to continue to increase. Note that DDD can be expressed in different ways, including as object models and as functional models. Expect that XOOM will support both.

Given that my pivot point is DDD, you probably understand the “lingo” part of the name. Using DDD means that you and your team are developing a language, a Ubiquitous Language. So, underlying everything in XOOM is in support of expressing the Ubiquitous Languages of your Bounded Contexts in software models. Still, ultimately XOOM is a fun name, at least in English, and the name was available on the io top-level domain 🙂

It’s been popular to say that there is no possibility of a DDD framework or platform. Why bother swimming against the tide of popular DDD opinion? Note that XOOM supports many of the ways that DDD is contemporarily expressed, but I don’t consider XOOM to be a DDD framework, necessarily.  Since every Bounded Context with its Ubiquitous Language is different, how would you create a framework that supports it?

Well, XOOM makes using contemporary DDD tools, as well as the surrounding architectures and patterns, vastly easier to deliver successfully. Over the years I have been told many times that if I were to produce a “DDD framework” that it would be heavily used; their teams need implementation guidance. I kept saying “no.” Yet, now I am providing XOOM to make the DDD approach easier to deliver with success. Is it a DDD framework? Not really, but that is an opinion that is yours to form. If it makes it easier to get you started using DDD, and delivery successfully, I really don’t care what you call it.

Our initial release of the XOOM/PLATFORM showcases its foundation, XOOM/ACTORS.

I have been focused on working with the Actor Model of computation for a considerable time now. In the year 1973, Dr. Carl Hewitt and his colleagues formulated the Actor Model. In recent years, the inventor of object orientation, Alan Kay, has stated that the Actor Model retained more of what he thought were the important object ideas. So, when you think of the Actor Model, think of objects done right.

Using objects in a typical fashion, such as with Java or C#, we have become accustomed, even addicted, to a blocking paradigm. 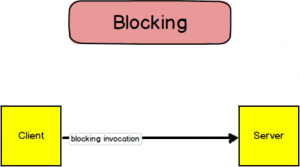 Here a Client object invokes a method on a Server object. Understand that this is an in-process (in-VM) invocation, not a remote client and a remote server. The point is, when a method invocation occurs, the Client is blocked until the Server returns from the method invocation. In contrast, the Actor Model works differently. 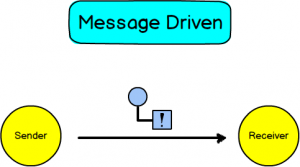 When the Sender actor wants another actor to provide a service, it sends that actor a message. The message is sent to the Receiver actor and handled asynchronously, but not until a thread is available. The Sender continues moving forward with its current activities, and when completed returns from its own message handling.

The XOOM/ACTORS project is really the bedrock on which other tools are implemented. The next tool that is ready for release is XOOM/CLUSTER, which is a level up in the platform. It will be available within a few days of the writing of this blog post.

There is way too much complexity in the industry. The overarching vision for the XOOM/PLATFORM puts extreme emphasis on simplicity. With the XOOM/PLATFORM you should be able to download it and have the whole platform running in five minutes or less, fully configured for common use cases. You should be productive within minutes, not an untold number of weeks or months. Even so, you may never program directly against XOOM/ACTORS unless you are a platform contributing developer.

If you would like to try out the XOOM/PLATFORM, you can find it here: http://github.com/vlingo

There is so much more on the way. I hope you are as excited about the prospects as I am!